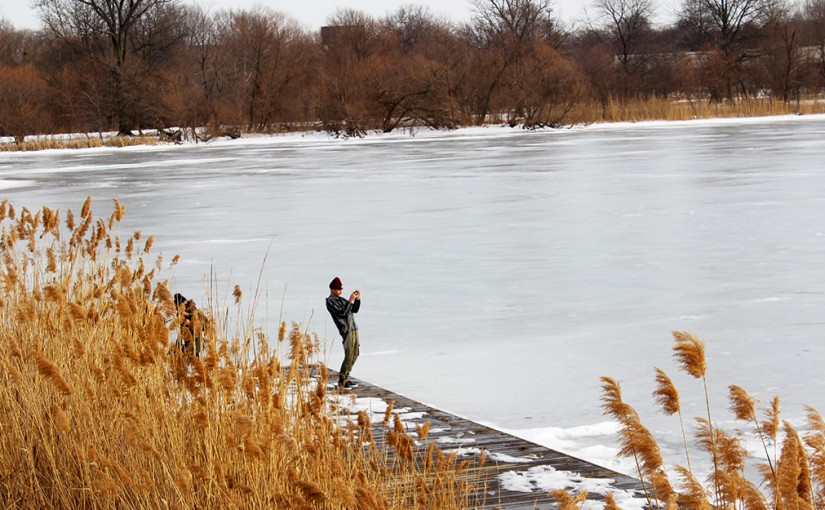 Located at the intersection of S. 32nd and Dickenson streets in Grays Ferry sits Stinger Park. It has the appearance of many neighborhood parks throughout the city – old and worn from decades of use, with a touch of nostalgia. The park has the look and feel of an area that is in constant use.

Established in 1910, neighborhood residents call it an “urban oasis,” a place for all age groups both young and old to relax, play and spend time with family and friends.

“It’s a haven for the community, not only for children, but for the seniors as well,” said Irene Russell, president of Friends of Stinger Square. “You can sit here and listen to the stories. It’s a generational thing. It’s family oriented and wholesome.

Stinger Square has changed from just a green space with hedges and benches. A pool was installed in the 1970s to ease racial tension in the area and more modern playground equipment is now in place.

With the renovations set to be completed June 30, Russell said that community’s hard work to get the park redone was a couple of years in the making, beginning with the establishment of Friends of Stinger Square in 2000.

“We’ve been doing everything we can,” she said with her daughter nearby nodding in agreement. “We’ve painted the benches here until they can’t be painted anymore. We believe that the people at city hall saw our hard work and wanted to help.”

Along with Stinger Square, past projects that Parks and Recreation have been involved in include the North Philadelphia Field located at 11th Street and Cecil B. Moore Avenue. Future projects include a $1 million renovation project to Vernon Park in the city’s Germantown neighborhood, Ralph Brooks Park (the park the Philadelphia Eagle’s Connor Barwin is involved with) at 20th and Tasker streets, and Franklin Delano Roosevelt Park in South Philadelphia, located near the NovaCare Complex. FDR is set to undergo substantial improvements in the spring and summer of this year.

Currently, Philadelphia Parks and Recreation manages 150 recreation centers and are stewards to about 13 percent of the total land within the city.

With such a large area to take care of, decisions on which parks are awarded renovations are based on the level of funding the project can receive from the department budget along with outside contributions as well as need.

“We believe at Parks and Recreation that, especially in these times where government budgets are shrinking that we can’t do this work alone,” said Alain Joinville, the external communications manager for Parks and Recreation. “We need partners, whether in the nonprofit sector or the corporate sector to help maximize our efforts. Projects are also decided upon based on need. The project at Cecil B. Moore [the Blackhawks Project]? There was a desperate need for a new field.”

Over the course of Mayor Nutter’s two terms, Parks and Recreation has seen a fluctuation in its budget. During Nutter’s first term, the department’s budget decreased from just below $52 million to $45.7 million, a cut of nearly $7 million. Joinville said similar cuts happened to all city departments as a result of the global economic crisis.

During the mayor’s second term, the Parks and Recreation budget has stayed relatively stagnant, until a small increase last year.

“We received about a $500,000 increase in our budget,” Joinville said. “That was mostly for maintenance staff, because we cover so much territory, and the use from the public is so heavy. Maintenance is a constant issue for us, whether that’s grass maintenance or field maintenance or playgrounds.”

For some park-goers, daily maintenance has been an issue. For instance, at FDR Park, the issue has been trash. But that small problem has not ruined their overall park experience, people said.

“The only real complaint that I would have about is I wish that [Parks and Recreation] would check it every so often,” said Joseph Camacho of South Philadelphia. “Especially in the summertime. There’s a lot of trash. Other than that, this park is great. I try to get out here as much as I can with my son. There is something for everybody. Not only is there the playground here but there is a bit of space for everyone. Like, if you want to fish, you can fish. If you want to play sports, you can play sports. There is a little bit of everything for everyone.”

“[Mayor Nutter] has been a strong supporter, both as a cheerleader and also putting his money where his mouth is,” Joinville said. “The mayor has been very supportive of all of our programs, whether it’s Tree Philly, the Broad Street Run, or the Blackhawks Project.

The Blackhawks, which is a youth football team based in North Philadelphia, won the Pop Warner championships in 2010. At that time, their field was in disarray. So when they returned from championships in Florida, the mayor made a promise that they would have a new field. This year, the field reopened with fresh artificial turf.

“He’s been a great champion for Parks and Rec, not only in our youth programing, but also our greening initiatives,” Joinville said. “So, hopefully we will have a mayor who is as open as [Nutter] is and is as big a supporter of Parks and Rec as Mayor Nutter has been.”

Russell on the other hand hopes that when the new mayor takes office, he or she will take the Parks and Recreation programs another step forward.

“I’m trying to get [the investors] to go a step farther and invest in a geosphere,” she said. “I’m not joking. I tell people all the time, imagine kids playing at the park all year round and swimming all year round. It’s so doable. I think I’m a visionary. Things that are happening now are things that I envisioned 20 years ago. If you really believe it, you can achieve it.”