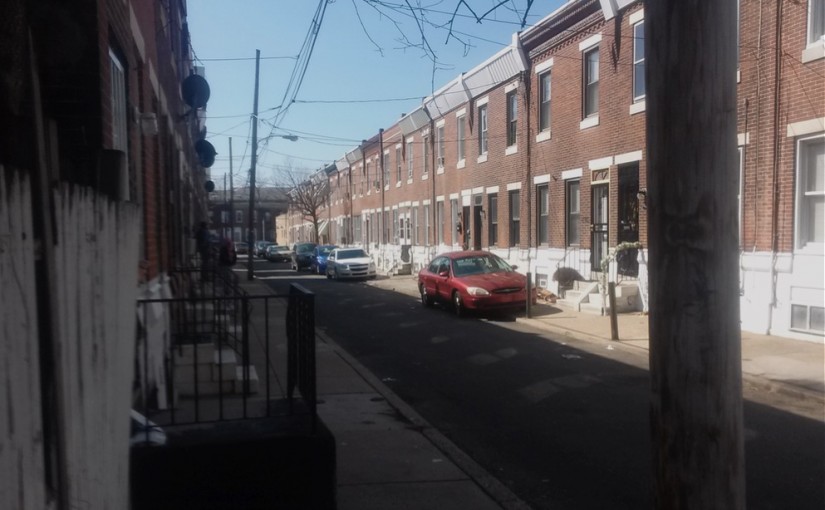   “They need to do something for the kids in this area,” Joe Finnegan said. “They don’t have anything to do. There need to be more playgrounds and after school programs. There has to be jobs for these young kids coming out of high school as well. With all this crime, parents have to be more responsible for their kids, then there wouldn’t be as many of these problems.”

The impact that the next mayor of Philadelphia will have on the city will be felt heavily by neighborhoods that are under-serviced. One such place is Grays Ferry, located in South Philadelphia. This once stable, Irish-Catholic community has been marred by racial tensions, crime and economic despair since the 1970’s.

“This neighborhood used to be nice,” Renna said. “You had so many corner stores, a bakery right down the street, stuff like that. Everybody knew each other and watched each other’s back.”

Renna also highlighted the policies that have affected the residents economically.

“We need to get money back in the neighborhood,” Renna said. “(Mayor) Nutter’s trying to get funding in too many different ways. I’m a smoker, and he put a two-dollar tax on the cigarettes. I pay school taxes, and he’s hurting everyday people economically. Why should we suffer?”

Despite these complaints on the current city administration, there is hope from the Grays Ferry community that changes could come from a new mayor. The favorite candidate throughout the neighborhood seems to be former Philadelphia City Councilman James Kenney. Lifetime neighborhood resident Carroll McCollum weighed in on why Kenney has garnered the support.

“He has the support of the fireman, cops and teachers,” McCollum said. “I think he would be the best for the whole city, not just Grays Ferry. We need a mayor that’s going to stand up and say, ‘let’s be a city again’.”

Similar to Renna, McCollum has complaints with the current administration.

“Nutter’s more concerned about his image than anything else,” McCollum said. “He’s handcuffed in certain areas, but in some situations, like the education funding, a better job could be done. Now people around here have to send their kids to Catholic schools that cost ten thousand-dollars-per-year.”

Another prevalent issue for the residents of Grays Ferry is housing. The residents mentioned that the University of Pennsylvania, located directly across the Schuylkill River from the neighborhood has promised for years to expand. In theory, this would allow infrastructure to be improved, and have prospective homebuyers congregate to Grays Ferry.

Finnegan, a former resident of the community, commented on the importance of this issue.

“We’ve been ignored for a long time,” Finnegan said. “There’s Section 8 housing, absentee landlords all over the place. They don’t fix the properties, they all fall apart and then the tenants don’t have the money needed to fix it up themselves. If Penn follows through with what they’ve been saying for years, then hopefully that could mark an improvement.”

With the crime prevalent in the neighborhood, Finnegan also believes that it is important to keep the youth occupied in productive ways. He noted that doing
this would benefit younger people in the community. As a new father in the city, he wants it for his own family, and others in the same situation.

Ultimately, the new mayor of Philadelphia will have to make policies for the entire city, and not just the community of Grays Ferry. What these residents of the neighborhood highlighted, showed the concern that they have for the preservation of their home. Whether change will come or not, it is equally important that people like this care about where they live. That is the first step.

– Text and image by Patrick Smith.