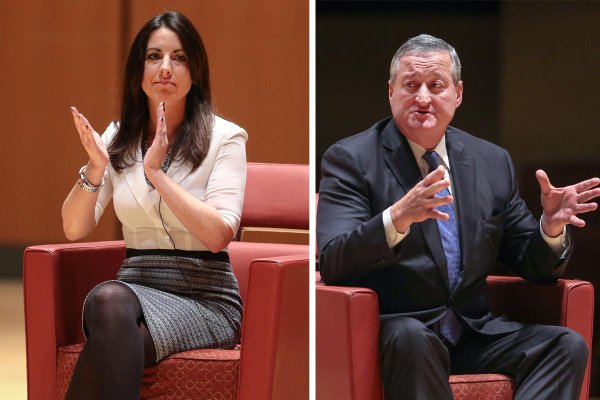 Democrat Jim Kenney and Republican Melissa Murray Bailey “finally mixed it up at their third mayoral debate” Monday evening at the Temple Performing Arts Center, according to Ryan Briggs of The Next Mayor project.

The Next Mayor is  a partnership designed to support high-quality reporting and “provide voters with fresh and critical content on the race” for the Philadelphia’s next mayor, with a sharp focus on the major issues facing the city.

Additional reports were filed from the debate by Chris Brennan of The Philadelphia Inquirer, Brian Hickey of thephillyvoice.com and Justin Udo of CBS Philly.