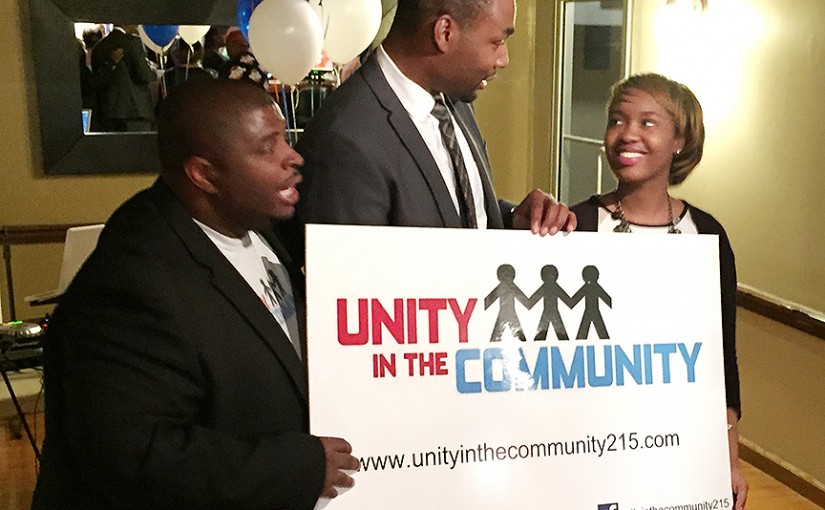 Philadelphia has significant problem when it comes to voting, especially when the focus is on municipal elections rather than national. Of all folks who fall into the roughly 75 to 80 percent of registered voters who opt-out of voting, Generation-X and Millennials are by far the least likely to vote, according to statistics.

Knowing that this issue is nearly systemic in nature, it’s important to understand why young voters choose to not get involved.

More importantly, a variety of organizations around the city are working tirelessly to not just register voters but also educate them on the critical issues that could affect them. If the Millennials show up at the polls, rest assured that theses organizations played a significant role.

Young Involved Philadelphia, Unity in the Community and Influencing Action Movement came together with the nonpartisan national political action committee CROWDPAC to put together a Young Voter Education Week, just a week before the May municipal primary. The plan is to repeat these events prior to any election in Philadelphia.

Young Involved Philadelphia has been around for more than a decade and has worked diligently in this election cycle to raise voter engagement and education through a myriad of methods.

“Our overarching goal when we approach pretty much anything within YIP,” said Mike Thomas of YIP, “is to remove barriers for young adults in the city.”

In the past, YIP has run workshops to help explain the complicated ward and committee system in the city. That eventually lead to 40 young people running for positions and 11 to become elected.

“The goal was to say this is not a mystical person,” said Thomas, “but this an actual human being who probably lives down the street from you that you never knew before.”

This year YIP held The City Council Candidate Convention. In a partnership with WHYY and the Committee of Seventy, every city council member running for a contested seat was invited to set up a table and interact with young voters. The event brought together more than 400 young voters. They offered young voters a “cheat-sheet” that had over 100 questions voters could ask the candidates, even broken down by issue.

However YIP does more than just events. They coordinate phone banks and canvas neighborhoods in an effort to get voters to the polls.

“Since we’re nonpartisan, it makes for a pretty easy conversation” said Thomas. “We are just calling to say, ‘Hey you should really go vote! Are you going early? Are you going at night?’ Really, the overarching purpose is for people to know that this is something they should be involved in.”

For the purpose of canvasing, YIP has targeted down to the division level areas with the highest population of young voters with the lowest turnout. They also have spearheaded a program of distributing 2000 bar coasters to 20 local bars to drive a digital experience allowing those who interact with the program a method to calculate how much their drinking contributes to funding schools in Philadelphia.

Both Unity in the Community and Influencing Action Movement are attempting to reach the young audience through both grassroots and digital means. The plan is to reach young voters where they already are: text, social media and at the bar.

Their digital strategy includes a Young Voter Education week text alert system, where by texting IAMvoting to a specific number allows that person to remain aware of the where and when an event is taking place. The alert then prompts the user to tweet why they’re voting and utilize #missingvotePHL.

“We’ve provided an opportunity for community groups, both large and small, to get into the communities and really target those people who are not voting,” said Felicia Harris, president and CEO of Influencing Action Movement.

One of the events held by Unity In The Community was a meet-the-candidate happy hour at 22nd Street Café. The purpose was to create an opportunity for those who may not typically interact with candidates to have a beer with them and talk about the issues that concerned them.

“There are a lot of tough issues facing the millennials,” said Anton Moore of Unity In The Community. “So, we need to have a say so in this election because the mayor and city council members we elect will most likely [serve] another term in four years.”

Philadelphia council members on average are the longest tenured municipal city officials in the United States, serving on average 15.5 years, according to the PEW Charitable trust.

The only non-Philly based member of this coalition might also be the most transformative when it comes to impacting elections: CROWDPAC.

“Philly is so old school politics,” said Elizabeth Jaff, Political Director at CROWDPAC. “I think this is going to be really interesting because the idea is to put the tools into the power of the people and it’s the youth who are accessing stuff on social media.”

CROWDPAC, based in California and co-founded by Stanford University professors Steve Hilton and Amam Bonica, along with tech-entrepreneur Gisel Kordestani, smashes crowd funding, data-analytics and politics together to turn out a nonpartisan method of ranking candidates along a liberal/conservative spatial model. The ranking of 10C (conservative) or 10L (liberal) are rating’s the candidate can be scored.

To oversimplify how the ranking algorithm works, it combines whom they took money from, the donor who gave the funds and how the candidate votes. The results proved that on a federal level, it was 96 percent accurate before voting was even added in.

“What’s very interesting with Philadelphia is it’s less about party and really about actively getting people resources,” said Jaff. “What are you upset about? Potholes, biking lanes, education funding. Things that we can fix.”

CROWDPAC makes voting a social experience by giving users the ability to build their own ballots on their site, donate directly to candidates and then share that ballot via social media or email.

CROWDPAC plans to expand into 10 major cities over the next year. Jaff sees the organization as a fully nonpartisan tool that really seeks to raise voter engagement.

“You can either keep talking to the same people voting, or you can try and talk to new people,” said Jaff.

They are a few organizations that specifically advocate for the needs of young voters in Philadelphia, Philadelphia 3.0 and Philly Set Go are at the top of that list. Both are political action committees that endorse candidates. However, Philly Set Go also donates to candidates who they believe best represent the interests of young residents of the city.

Philadelphia 3.0, which has been around for just six months and is a 501(c)(4) nonprofit, has being doing their fair share of street-level grassroots efforts to get voters registered. In fact, if you are a Philadelphian and wondered whom the people with the clipboards registering people to vote on your campus or in your neighborhood, it was probably them.

“What we have tried to do is simply engage new voices,” said T.J. Hurst, deputy director of Philadelphia 3.0. “We did a huge voter registration push in emerging neighborhoods and registered exactly 1,053 new voters in Philly, which is a substantial chunk when you are talking about the difference between last-winner and first-loser in an at-large city council race.”

Philadelphia 3.0’s website provides young voters a chance for a quick peek into city politics. One of the first aspects pointed out is the unusually long tenure that Philadelphia City Council members have. The organization is also much less focused on the mayor’s race than they are on the at-large city council seats that are up for grabs, endorsing candidates whom they feel align with their interest.

“This is another very thorough process that we feel very proud of,” said Hurst. “We put together an endorsement committee of people who really represented the community, a diverse group of strong leaders from around the city.”

“We wanted to be effective and wanted to make a difference our first time out, so we thought it was best to be laser focused on city council,” said Hurst.

The list of Philadelphia 3.0’s endorsement’s as well as a copy of the questionnaire can be found on their website.

The other emerging PAC specifically for young voters in Philadelphia is Philly Set Go. The organization officially launched in January of 2015 and held their launch party the popular Center City bar Ladder 15.

“Philly Set Go is unlike most millennial civic or political groups in Philadelphia,” said Gabriela Guaracao, board member of Philly Set Go. “We are a PAC and so our primary focus is on raising funds so that we can use that to donate to candidates.”

Guaracao says that members of Philly Set Go felt the most impactful way to influence politics in Philadelphia was to go the route of forming a PAC based on the resources that they have.

Their mission is two part: voter registration and education, and to get the attention of elected officials with an emphasis on issues that relate directly to the Millennial arriving in the city.

Philly Set Go utilizes a mostly event-based agenda to engage voters because each board members involvement is essentially extracurricular. Currently, their strategy doubles as both a grassroots engagement method and a chance to fundraise for their PAC at every event.

Their website allows new voters to register by utilizing a built in Rock the Vote application. They plan to continue to organize events following the May primary to educate voters and continue to fundraise for their organization.

– Text and images by Zachary Rendin.