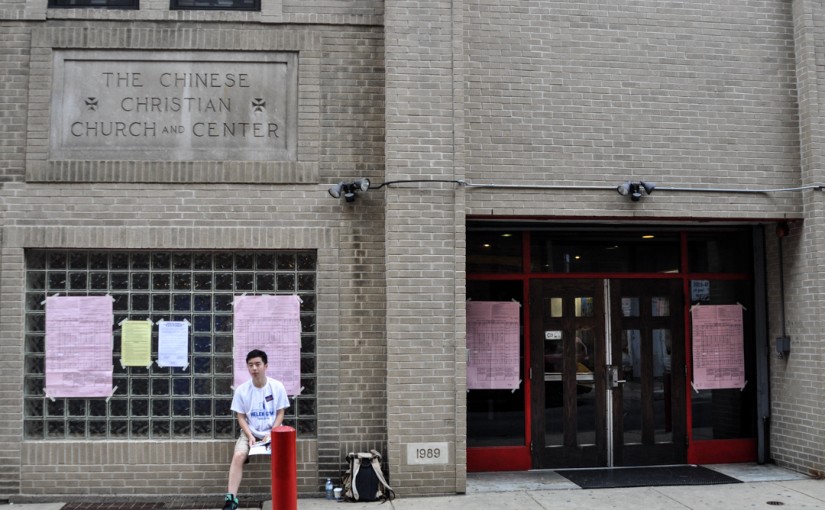 With the sun shining down and a light cool breeze blowing by, it was the perfect weather condition for people to come out and vote.

Despite the good weather, voter turnout was not so good in Chinatown. There are two poll sites for Chinatown residents: the Chinese Christian Church and Center at 225 N. 10th St. and Folk Arts-Cultural Treasures Charter School at 1023 Callowhill St.

By noon, there were minimal voters coming out of the first poll site and at the second site, there were even fewer.

Samuel Yeck, a registered Democrat, walked out of the Chinese Christian Church and Center in his yellow sweatshirt and off-black jeans, proudly wearing his “I voted” sticker. He stood with his cane, leaning against the brick wall and explained how there is low voter turnout due to language barriers and people’s apathy to vote.

He stressed on the importance of not telling people who to vote for, but to show them names and pictures.

Even though the turnout was low, people in the Chinatown community have already begun to recognize the importance of voting.

– Text, images and video by Yuxuan Jia and Shan Chang.