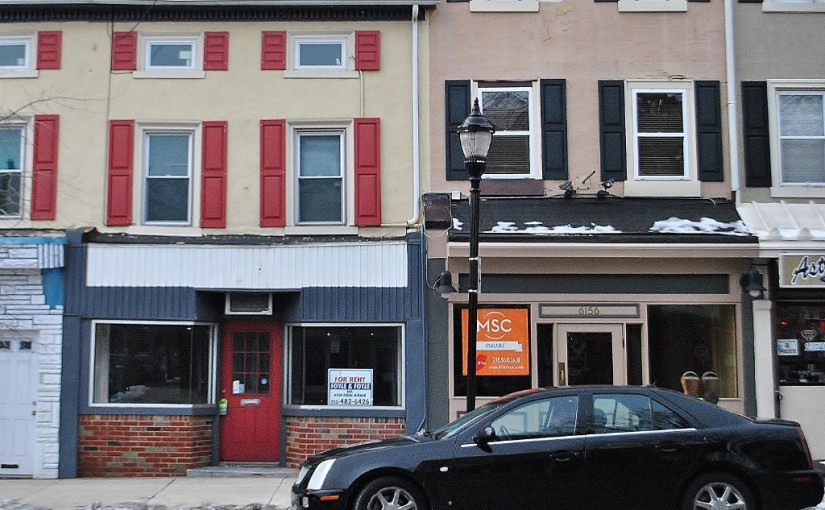 When Jeff Hornstein, vice chair of the Philadelphia Crosstown Coalition, talks about the business climate in Philadelphia, he immediately tells the story of one of his fellow Zeta Tsi fraternity brothers, whom he met as an undergrad at MIT from the late-1980s. Both men attended the University of Pennsylvania for graduate study – Hornstein in political science and his fraternity brother in biotech. Hornstein would spend nearly a decade as a coordinator and campaign director for teachers and service workers unions. His friend would found a promising biotech firm in Center City.

“Just when he was ready to raise private capital, his investors essentially forced him to leave town,” Hornstein said. “Why should you pay 6.4 percent of your profits to the City of Philadelphia?”

Investors urged the friend to move his business to a suburban county, where there are no local taxes on corporate profits.

This experience and others like it have influenced Hornstein, in his role at the Philadelphia Crosstown Coalition, to push for a more substantive discussion of tax reform in the run-up to May’s mayoral and city council primaries.

In early February, the coalition, which represents the interests of 19 neighborhood civic groups from across Philadelphia, submitted 16 questions to the candidates ahead of a series of community forums. One quarter of their questions addressed taxation.

While on the campaign trail for a city council run in 2010, Hornstein said repeatedly, “Let’s make Philly less weird when it comes to taxes and zoning.”

Key to understanding Philadelphia’s weird tax code is the “uniformity clause” in Pennsylvania’s constitution. It states, “All taxes shall be uniform, upon the same class of subjects, within the territorial limits of the authority levying the tax, and shall be levied and collected under general laws.”

The clause resembles language present in many other state constitutions, but the Pennsylvania Supreme Court, unlike courts in most other states, has interpreted it as a prohibition against progressive taxation of income and property, according to the Pennsylvania Bar Association. So, within any Pennsylvania municipality all property, no matter its use, and all personal income, no matter the amount, must be taxed at the same rate.

“Pennsylvania’s Constitution has been interpreted to disallow any form of progressive taxation,” said Hornstein, who now works as an economic advisor in the office of the city controller.

Even the generally conservative South Carolina, where Hornstein lived for a time, has a more progressive tax code than Pennsylvania, where a forty-story tower in Center City that houses banks and pharmaceutical companies will be charged the same 1.34 percent property tax rate as will a crumbling brick row home in North Philadelphia.

Because of the state Supreme Court’s interpretation of the uniformity clause, City Council finds raising property taxes politically untenable, since any increase would affect many of their constituents, including low- to middle-income residential homeowners.

Enter the wage tax, which makes up 46 percent of the city’s revenue stream, according to a 2013 study by the Pew Charitable Trusts. The income of every resident of Philadelphia, in addition to state and federal income taxes, is taxed an additional 3.92 percent. Non-residents who work in Philadelphia pay a slightly lower 3.4915 percent. Business leaders have said this tax makes Philadelphia uncompetitive compared to other cities in attracting new businesses.

How does the wage tax affect business?

Robert Inman, a professor of finance, public policy and real estate at the Wharton School at the University of Pennsylvania, has studied the impact of wage taxes and other business taxes on economic growth in Philadelphia over the last three decades. According to his data, around half of the jobs lost since the 1980s were due to wage and business taxes.

Inman, who is a member of the Mayor’s Council of Economic Advisors, said the wage tax is only a secondary concern to businesses in Philadelphia. After all, the wage tax is paid by workers, not by corporations. Still, the non-resident wage tax, in particular, factors into many hiring considerations and can affect a business’s bottom line, he said.

When a suburban resident considers a job offer in the city, he or she must plan for 3.4915 percent of their income to be lost for the privilege to work in Philadelphia. To attract talented employees, companies in the city sometimes absorb that wage tax disparity to be competitive with salaries offered by businesses in the suburbs, Inman said.

For Inman and Hornstein, though, Philadelphia’s gross receipts tax, which is assessed on all revenue regardless if a business makes any profit, is more burdensome for companies than the wage tax. For the lucky entrepreneurs who do turn a profit, like Hornstein’s old MIT buddy, the city then taxes those profits an additional 6.43 percent. Annual revenue, much less profit, can difficult for any business to predict, so tax burden can vary greatly from year to year.

“In Philadelphia, business people seem to be willing to pay their fair share, especially when it comes to property taxes,” Hornstein said.

They’d just much rather know ahead of time what that fair share amounts to.

In a few weeks, the Philadelphia Crosstown Coalition should have answers to their questionnaire from each of the mayoral and city council candidates. Question three asks if the candidate would shift the burden of the city’s revenue from wage and business taxes to real estate. The crucial point is that any reduction in wage taxes will leave a hole in the city budget – a hole that city council would be loath to fill with increased property taxes.

Hornstein has his own ideas.

“Lowering the wage tax is not a panacea, but it could be part of comprehensive tax reform, as long as it is revenue-neutral,” Hornsteing said.

But many in and around city government say they see no sense in trying to rewrite the state constitution or get a new ruling from the state supreme court about the uniformity clause. Inman, however, said that a group of business leaders, including Paul Levy of the Center City District and Jerry Sweeney of Brandywine Realty Trust, plan to push for such reform in the state capitol as part of an effort to reduce wage and business taxes.

A lack of support in Harrisburg for Philadelphia tax reform has pushed the city government to find a more subtle approach to fixing the problem: changing the ways the city assesses property taxes. The Actual Value Initiative, which, in 2013, reassessed all properties in Philadelphia to bring tax values closer to actual values, has been controversial for shifting $300 million of real estate tax burden from commercial to residential property owners.

Still, a reassessment of property values offers a unique opportunity to rework how land is taxed in the city, Hornstein said.

As the tax code stands under AVI, a property’s value is assessed with an emphasis on “improvements,” or the value of the building in its current condition, more so than the value of the land itself. This punishes landowners for improving the condition of buildings on their property and contributes to blight and vacancy in the city, Hornstein said. It also underemphasizes the importance of location in determining property value.

If city council and the mayor can come together to rework the formula used to assess the value of real estate with more consideration for the value of the land itself, property in Center City will be valued much higher than it is now, while residential property in outlying parts of the city will either stay the same or go down, Hornstein said.

Continuing to adjust property tax revenues comes with complications. As one report from the PEW Charitable Trusts found, prior to AVI, many city residents benefitted from assessments that had not been updated in a decade or more, and felt okay about this since they paid more in wage taxes.

“Imposing a new system will solve little in the long term unless assessments are kept accurate and up to date,” the report said.

Would lower taxes fix the problem?

It’s unclear, however, whether a fundamental change in the tax code would even do much to spark economic growth.

An analysis of job growth in the city and the surrounding suburbs suggests economic growth may not be as contingent on taxes as some business leaders say. Though jobs may move between Philadelphia and the surrounding counties, when comparing the metropolitan area to other cities in the Northeast, there has not been much overall growth.

“Over the last ten years, you’ll see that the number of jobs in the city is essentially unchanged, and the same is true for the metropolitan area as a whole,” said Larry Eichel, director of Pew’s Philadelphia research initiatives.

Quality of life factors, such as the overall level of education and cost of housing in a region, may have more impact on long-term job growth, according to a report from the non-partisan Center for Budget and Policy Priorities.

This doesn’t mean taxes aren’t an issue, only that it’s very hard to prove cause and effect.

“The question is ‘what would have happened to both statistics if Philadelphia did not have a wage tax or if it had a lower wage tax?’” Eichel said. “And that’s hard to answer.”

But with the state court’s current interpretation of the uniformity clause, the problem may not even be Philadelphia’s to fix. The city’s biggest tax obstacle may remain the commonwealth of Pennsylvania.

– Text and images by Michael Buozis.