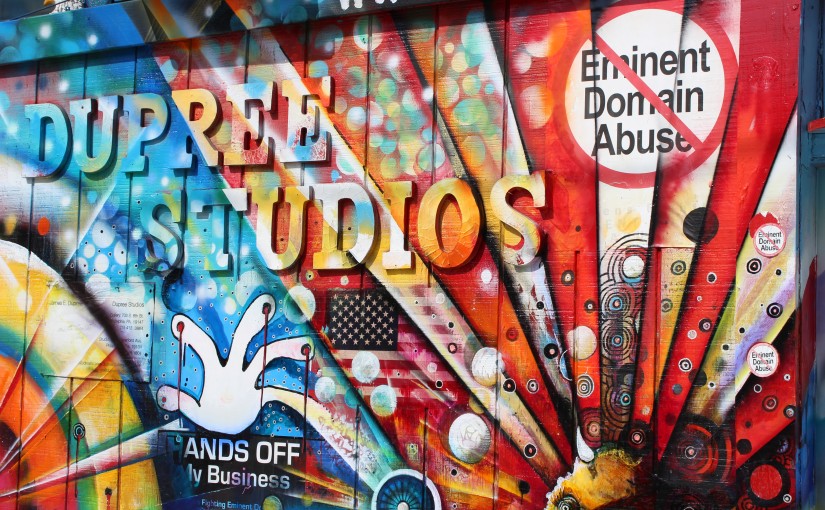 Redevelopment, providing accessible fresh food and strengthening communication between politicians and their constituents are all priorities that Mantuans are talking about in regards to the upcoming mayoral election.

“I think we had a lot of stuff on the backburner for years and those smaller things are becoming boulders,” said Mantua Civic Association president De’Wayne Drummond. “So right now I can’t really see the smaller things because the boulders are blocking it. Dealing with the big issues right now is our focus. It can be a struggle without the mayor’s support.”

There are Mantuans who think political leaders focus more on Center City and other parts of Philadelphia than on smaller communities like theirs.

“If [the elected mayor] really knows what community engagement is, then [they are] going to focus on those issues,” Drummond said. “If it is a big business person that is running, yes, they probably will focus on Center City.”

This concerns Mantuans who say they have been waiting for changes for decades.

They also believe that recent mayors tended to not include them in discussions that affect their community.

“It is absolutely true that sometimes [government] pontificates from above instead of working from below,” said mayoral candidate Nelson Diaz. “It’s important to have neighborhood and neighborhood community developmental organizations develop in the city.”

The voices at a recent MCA meeting also discussed economic development, specifically on Lancaster Avenue. On the 4000 block of this historic strip, there are 10 storefronts with zero signs of business and even more closed during normal business hours. One of the main topics at the meeting was the community’s need for a supermarket, something that has been in its initial stages since 2012.

In 2013, President Obama declared West Philadelphia one of five Promise Zones. Being a Promise Zone heightens Mantua’s likeliness to receive grants and tax incentives if Congress approves them, although it does not mean Mantua will receive federal money directly.

“I think the Promise Zone is still in its early stages,” Drummond said. “There is still a lot of strategic planning and stuff going on. I would love to see the day where the implementation would take place.”

Mantuans say that their neighborhood is tight knit, but it needs to have a stronger relationship with government officials. Drummond agrees with his community members.

During the meeting, one community member told Philadelphia Redevelopment Authority (PRA) representative Brian Abernathy that they believe a supermarket would already be underway if the PRA involved the community from the beginning of the entire process. Abernathy updated the attendees on the supermarket’s status. Abernathy said that the city made an offer on artist James Dupree’s studio after it was appraised by a real estate agent for $2.2 million. Adjacent to and across the street from the vibrant studio, for the most part, are vacant lots or abandoned buildings. The PRA’s offer was less than the appraised value, which included moving and storing the artist’s work.

Because Dupree did not accept the PRA’s offer, the city is looking at other properties in the area to purchase for a lesser amount, including the properties between Haverford Avenue and Wallace Street, between 36th and 38th streets.

Some of Mantua’s issues stem from outdated zoning, Drummond said.

“It doesn’t fit modern-time Mantua,” he added. “Some of that stuff was zoned in the ’50s.”

In order for the zoning laws to change, the next mayor would need to appoint people to the City Planning Commission who are willing to make a change.

In June 2012, the We Are Mantua! initiative, in collaboration with multiple other community organizations, released the Mantua Transformation Plan, a three-phase redevelopment plan to rezone the neighborhood.

“The vast majority of parcels in Mantua are zoned for medium density residential uses (R-9 and R-10),” the plan states. “Commercial zoning is primarily concentrated along Lancaster Avenue and Haverford Avenue, historically the neighborhood’s business corridor.”

Transforming Lancaster and Haverford avenues back into the business-filled corridor they once were is another goal of the Mantua community.

“A key element to creating new jobs and recruiting business to the city is building a direct pipeline to our local workforce,” mayoral candidate James F. Kenney said. “This connection starts with listening to businesses about the type of skilled workers they are trying to hire and aligning job training and Community College programs to match those needs.”

This collaborative effort reflects the wants and needs of multiple Mantuan generations, something that the community hopes happens with the next elected mayor.

Philadelphia Neighborhoods reached out to all of the declared Philadelphia Mayor Candidates. Included in this story are the candidates who responded.

–  Text and images by by Andrew Vlasak and Andrea Iezzi.