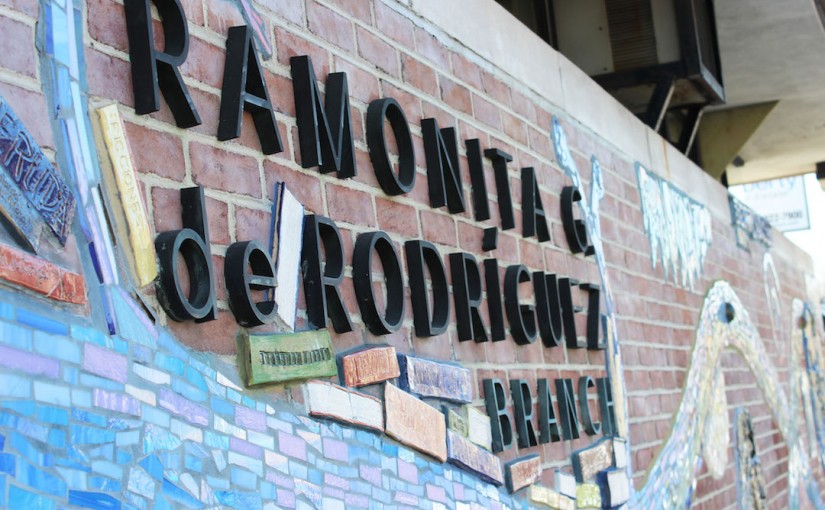 Inside the Ramonita de Rodriquez Branch of the Free Library of Philadelphia, children can be seen reading, playing, and creating school projects in a cheerful room decorated with crafts. They come every Monday through Thursday from 3:30 p.m. to 5 p.m. for the library’s Literacy Enrichment Afterschool Program (LEAP).

Having comprehensive after-school programs like LEAP is something the next mayor of Philadelphia needs to foster in the Ludlow community, according to the library’s manager and after-school leader.

“I know the mayor did a big grant for the libraries last year,” said after-school leader Jane Ahmad. “I would like for the next mayor to contribute more money to after-school programs like this. As you see, we have a full house.”

The library, located on 600 W. Girard Ave., is helping fulfill educational responsibilities through its after-school program, while tackling an important issue within the community: literacy.

One of the goals of the program is to improve literacy through reinforcement education. Ahmad and teenage volunteers will read to the children and assign an activity based on the reading. Ahmad said this type of learning supplements the standard classroom education, because teachers may ask questions about a topic the children have more knowledge of because they learned about it in LEAP.

“February was Black History Month, so we had a reading about the Freedom Quilt,” Ahmad said. “The children made their own freedom quilts and reported on it and how it relates to their reading.”

Ahmad and other teenage leadership assistants work as a team to provide any assistance that the children, grades K-12, may need with their studies or extracurricular activities.

Lydia Lynes, a social work major at Temple University, has been doing her work study at the library for the past year and feels it is an important part of the community. Lynes hopes the next mayor will continue funding these types of after-school programs.

“I think Mayor Nutter did a really good job with the education system,” Lynes said. “The graduation rates have gone up and he gave more funding to the public libraries, which increases the literacy rates. Programs like these are important because instead of hanging out on the streets. Kids are staying in school.”

Lisa Chianese-Lopez, who has been library manager of the Ramonita de Rodriquez Branch since 2012, expressed she wants more funding for libraries in schools, as it relates directly to youth literacy.

Ahmad directly sees the impact of schools closing. She lives across from the Germantown High School, which closed in June 2013.

“It’s a very depressing area now,” she said. “It used to be full of life, with kids going to school in the morning. Now it’s just over there with a big ‘for sale’ sign.”

The library’s after-school program especially becomes important with recent public and charter school closings right in the area. Charter school, Walter D. Palmer, located adjacent to the library, closed its doors Dec. 31. Local public schools then took in the surplus of students, which created problems, according to Ahmad.

“Intended politicians need to find a way to educate these children where the environment they’re in is not overpopulated,” she said. “All those kids from Germantown had to merge in with the children from Martin Luther King High School, so now they’re dealing with extra problems like overcrowding and so forth.”

In addition to LEAP, the library connects residents to resources and help surrounding problems like poverty and homelessness.

Chianese-Lopez said the library plays many other roles in the community.

“We are no longer a warehouse of books,” she said. “We are part of the community. We find people help. You don’t know how many times a week somebody comes in and says they need to find shelter or ‘I’m on a fixed income and they are turning off my electricity.’”

Chianese-Lopez said she hopes for the next mayor to continue other community outreach programs that have a strong focus on education.

“One thing this mayor has been doing that I don’t think a lot of people know about it, is called Philly Rising,” she said. “It’s a program that targets some of the most violent neighborhoods and tries to lift up the residents in the area and bring them help. I hope that the next mayor either continues this or has something comparable to it because it helps a lot of people.”

– Text and images by Lauren Brown and Caitlin O’Connell.